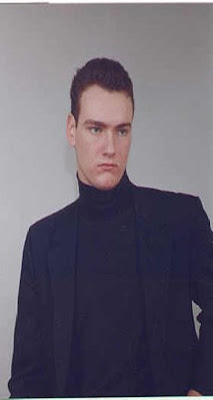 How did you get started in music?
Seven years ago, was when I started with music. Please refer to my musical biography:

Biography-
Back in 2004, the singer/songwriter Aron Lyrd was struggling to get by and had landed a job working in the mail room for the government. Despite the low pay, there was room for advancement. Before he was able to come to his first day of, he contracted transverse myelitis, which involved swelling of the spine. He was an avid martial artist from age 7 up until he was paralyzed. At the same time, he had a stroke that came about from a blood clot that moved from his leg to his brain. Even with these two events happening, he managed to regain the usage of his arm. After all the happened, there was time available for reflection. He would ponder why all of this came about. Seeking answers was not easy, as seemed hard to find. Such tragedy does not normally occur all at the same time, as he remained perplexed, as to why it had to happen. Many of the previous years of his life, he turned to songs that he could relate to that helped him deal with the minor ups and downs of his life at the time. Being the universal language, music always seemed to inspire him to keep going, regardless of whether things looked more bleak than not. Over the time that this was happening, he became inspired to write some poetry. While it was a good means of expressing how he felt, it didn't feel like quite enough. He wrote some music to accompany it and decided to buy enough studio tome to record the songs that he felt best reflected his abilities as a musician. Once all was said and done, he completed converting of his poems into songs. More songs would follow, as further inspiration came to him over time. After listening to his songs, he liked what he heard from the finished product.

What's the basics methods when you write and made a song? I would typically write it as a poem fist. Afterward, I write and record the instrumental part of the music for it.

What plans do you have for the near future?
I have an account with RecordDeal.com . They're telling me that the record label, Universal, asked them to make a proposal of what I should get from Universal, in terms of a record deal. We're just now waiting to hear back from Universal.

How would you define your music?
It is essentially alternative rock that's inspired by past experiences in my life.

What has been the funniest moment after or during a show or tour?
I remember reciting my poetry on stage once, where the open mic host asked for not one, but two rounds of applause. To me, reciting my poetry and singing on stage resemble each other very much.

Who are your music influences?
Aerosmith, AC/DC, and KISS

Are you Ok, with the direction you're moving so far?Yes, I am and I would be perfectly content to see a multi-album deal with Universal materialize in the immediate future.