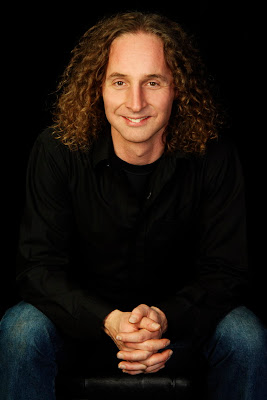 How did you started with all this??
I was a musician all my life and have earned my living playing other people's music - usually in the rock/pop/jazz/folk/and classical genres.I always wrote the odd song here and there but only got serious about writing and recording just over two years ago.

What's the message to transmit with your music??
My message is different depending on the song. Sometimes it is simple story telling- usually with a twisted ending! Like everyone - I also write about relationships - my own or people around me. A song like "Living in a Coma" is about trying to avoid being put in a box by society and fighting for creative freedom.

What's your method at the time of writting a song??
Usually I start with a riff or chord progresssion that I find musically hooky or interesting in some way. Then I decide on what the theme of the song will be and spend a bit of time just thinking about what I want to say about that theme. Then I work on a melody and put the words in as I compose the melody.

Which is your music influences?
I love all types of music and have played all types of music. If I had to name what type of music or period of music I would say the mid 70's to the early 80s. I like bands like the Police, ELO, The Pretenders, Steely Dan, Joe Jackson, Dragon, the Go Betweens, Jackson Browne.

What plans do you have for the future??
I would like to record another album soon - and take my music on the road. I am interested in publishing and also increasing the radio airplay of my music. In general I want to keep writing more music that I like and have as many people hear it as possible.

Which has been the funniest prank you have been or took part while on tour or after a show??
I toured England and Scotland in the summer of 2008 and 2009 with a Canadian band called Tanglefoot. We were driving around for 6 weeks in a tour van that ran on diesel fuel. On the second last day of the tour one of the band members decided to fill up the van with unleaded fuel! Needless to say we were late for that gig and people were NOT happy!

If you were stranded in the middle of nowhere after a show or while on tour. The help is 65 miles away from where you and your band (If any) are, ¿Who would you send to look for help? And if while the rest wait, there's no food and the only way to feed yourself is by eating each other, ¿Who would you eat first?
I would probably go and get help myself. I would not eat any of them as I would definitely get food poisoning!

With which bands you would love to share stage??
The Police, The Pretenders, CSNY, Dragon

Are you OK, with the direction the band is going actually?
Although I mainly play solo shows everytime I get the band together I am very happy. Great guys and great musicians