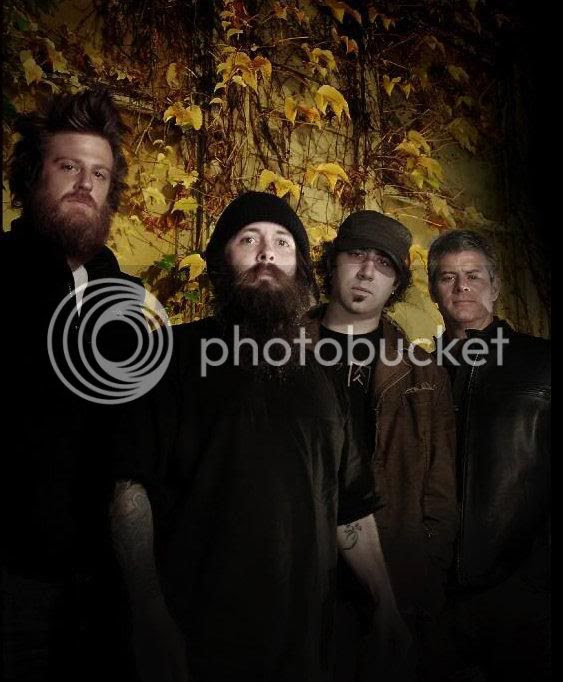 This bearded and decidedly grungy looking band, pound out thundering songs, like they were auditioning for Sub-Pop in the days of Mudhoney, and early Nirvana. Spooky atmospheric guitars, and tribal drums, shoulder a sometimes Chris Cornell sounding vocal delivery on “Cold Dark Garden” while you can almost smell the resin aroma off the stoner rock gem “LSH.” You can tell these guys aren’t going to waste their buzz on munchies and melting into the couch, they’d rather inject lightning into a bottle and pour it all over a crowd of writhing bodies and glazed over eyes.

Where the band's name came from?
There was originally a list of over 200 names for the band in my journal at the time we were searching, we googled the top 40 or so names and they were all taken. It's kind of insane just coming up with a name these days. Big High was the only name we could find that wasn't taken - but I think its safe to say
we get our 'Biggest High' from playing music.


How the band started??
Originally the band started as a Duo with singer Mesa and myself (guitarist Ari Joshua). We were gigging as a Duo around town and quickly realized that we had something really special, some magic, something that was gonna need a bigger sound, it's pretty cliche' but true. Michael Profitt, an incredible local photographer recommended bassist Sandy and as a result he joined the Duo for a show and it worked out well and stuck. The band had been through 2 drummers before Barrett joined. We played with Barrett on a whim at a jazz gig I had with him at a local venue called the Seamonster Lounge. It was just magic. The rest is history. The first show with the current line up was a Halloween gig just last year and it was a huge success. Having someone like Barrett in the band has been an amazing opportunity - he really has a vision for us and has shown us what being in a band is all about. We are all very excited about moving forward.


What's the message to transmit with your music??
Every song is different. Every day is different. We all 4 of us work our butts off and have been doing so our whole lives for the music, you could say we are 'lifers'. We love what we do. As with most good art - whatever the message is for us I think ultimately it is for the listener to decide and to choose the context for themselves. Buy the CD and if you can't, come to a show or check out our various web pages and previous projects. One of the great things about Big High is that the music and all the member's music sort of speaks for itself. Music can do that. It's a force of nature.


What's your method at the time of writing a song??
Every song is different, and every album may very well be different as well... Some songs were finished and being performed Mesa and Ari in a duo format before the band was fully put together. With some songs mainly the newer material different people come up with riffs that inspire songs, maybe it starts with a drum beat and a guitar riff and the arrangements are worked out as a band. On the new album the band plans to write the bulk of the material together in other words each member writes his own parts. It's always exciting to watch a new song unfold with the band. I haven't heard anything I don't like yet. It's all gravy - well, it's hard work - and it's gravy.


Which is your music influences??
Big High's musical influences are all over the place. We are a 4 person unit - and it's safe to say everyone has different influences.

I can't speak for the band too much, you would have to ask them, but as for myself, I grew up on a strict diet of Hendrix, Blues, and Jazz. I studied jazz at the New School in New York for 5 years and have been super influenced by the wonderful people I have been blessed to grow up with and play with over the years. Guys like Kevin Sawka (pendulum), Robert Glasper, EJ and Marcus Strickland, Aaron Dugan, even Michael Shrieve and Stone Gossard. It's really something to play with people you admire and who can also give you a swift kick in the ass - it's both humbling and constructive. I also love the 90's Seattle stuff - Love it. I love free jazz and experimental stuff, love electronic music. Love it all, but it has to have Soul.

Our bass player Sandy, he is actually a masterful Euk player. Barrett (drums) has been really into this 'Tribal' sort of sound - you can sort of hear it in some of the Screaming Trees stuff he has done and even in some Mad Season stuff. It's really exciting to see him - sort of a master of his own style. Mesa, well he is just the greatest and a great guy. You should interview him sometime, I would read it.


What plans do you have for the future??
Long term; Tour, Travel, Make Albums, Play Great Venues, Play Festivals, Work on being the best band we can. In the Short Term; We are looking forward to working on songs for the new album, and embarking on a West Coast Tour in late August - LA, SF etc... We also have a few days scheduled in Josh Homme's (Screaming Trees, Queens of the Stoneage, Them Crooked Vultures) studio in Joshua Tree booked for early September. Though it is tricky in this day in age, it would be an ultimate dream to not have to worry about money and to be able to quit our day jobs and be artists, be a band - Big High.


Which has been the funniest prank you have been or took part while on tour or after a show??
Ha Ha Ha - no comment.


Which country you guys would love to play?
We would love to hit Europe in general. England, France, Spain, Italy! South America, Asia, Africa! Anywhere they want us.


With which bands you guys would love to share stage??
Wow, well we have friends in REM, Pearl Jam, Soundgarden, Alice n Chains, Them Screaming Vultures, Gnarls Barkley, RHCP and more... I think those would be a good place to start and a dream come true. Barrett has had a nice taste of the big stage - I mean he opened for Nirvana on numerous occasions with the Trees (live at Redding), his history is really something special. As big as we would like to dream Big High would like to earn our place and will respect and honor any band we share the stage with. For me the stage is my home.


Are you OK, with the direction the band is going actually?
Yes, the band is writing songs, recording albums, and touring. What more can you ask for? A paycheck? Well we may have to wait a bit longer for that... Maybe wait for a few more people to pick us up in the press... lol...