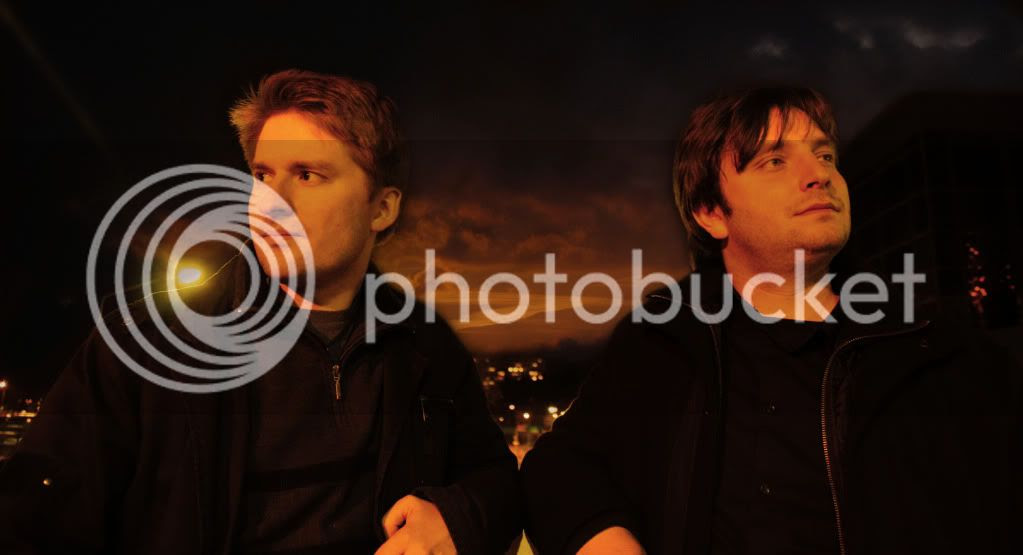 Review
How’s your view from your yacht? Is your neon yellow shirt and zumba pants clean for the club tonight? How about your Delorean? Did you remember to get the door fixed? Don’t worry, State Cows has you covered with jams mining the golden era of Hall and Oats fame. Dancing synth riffs, and pounding orchestral brass stabs getting your booty moving regardless if you were born in the era of corporate excess, huge frizzy hair, and non-stop partying.


What's the band's name meaning?
This is in fact a deliberate mystery that will be revealed when the time is right.


How did you guys started with the band?
We'd been pondering the idea to do a full-fledged retro smooth sunny yacht rock Westcoast/AOR record back in the days of Daniel's solo record "Days in L.A.". We were very much into getting the sound of the late 70's/early 80's L.A. FM-radio music. This idea was reinforced during a short period we were playing in a Steely Dan tribute band and after quitting that band we immediately started writing.


What's the message to transmit with your music??
If people get a warm, sunny and positive feeling when they listen to the music then we've succeeded.


What's your method at the time of writing a song??
We usually start by finding nice chord sequences and melodies. Then we spend two weeks pulling our hair writing lyrics.


What plans do you have for the future??
We hope we can generate big enough interest for touring the US and elsewhere. Meanwhile, we're always writing new material.


Which has been the funniest prank you have been or took part while on tour or after a show??
Well, this one is more of a miscalculation based on bad communication. Anyway, we were supposed to play at a party after a major artist's gig. What we hadn't been told was that the party was in a large ice hockey arena and we were placed right in the middle. We'd only brought a couple of tiny rehearsal monitors and people could hardly hear us. At the time it was sheer terror but looking back now it seems quite comical.


If you guys were stranded in the middle of nowhere after a show or while on tour. The help is 65 miles away from where you guys are, ¿Who would you guys send to look for help? And if while the rest wait, there's no food and the only way to feed yourself is by eating each other, ¿Who would you eat first?
Since we're all cows there's bound to be a lot of meat and milk. I think we'd survive ...


Which country you guys would love to play?
The US is on the top of our list but basically everywhere where people like this kind of music (Japan, Italy etc.)


With which bands you guys would love to share stage??
The original line-up of Airplay would've been cool but that would also require a time warp.


Are you OK, with the direction the band is going actually?
Yes, both artistically and commercially. We've had such tremendous response on this record it's hard to believe. People want sunny music!