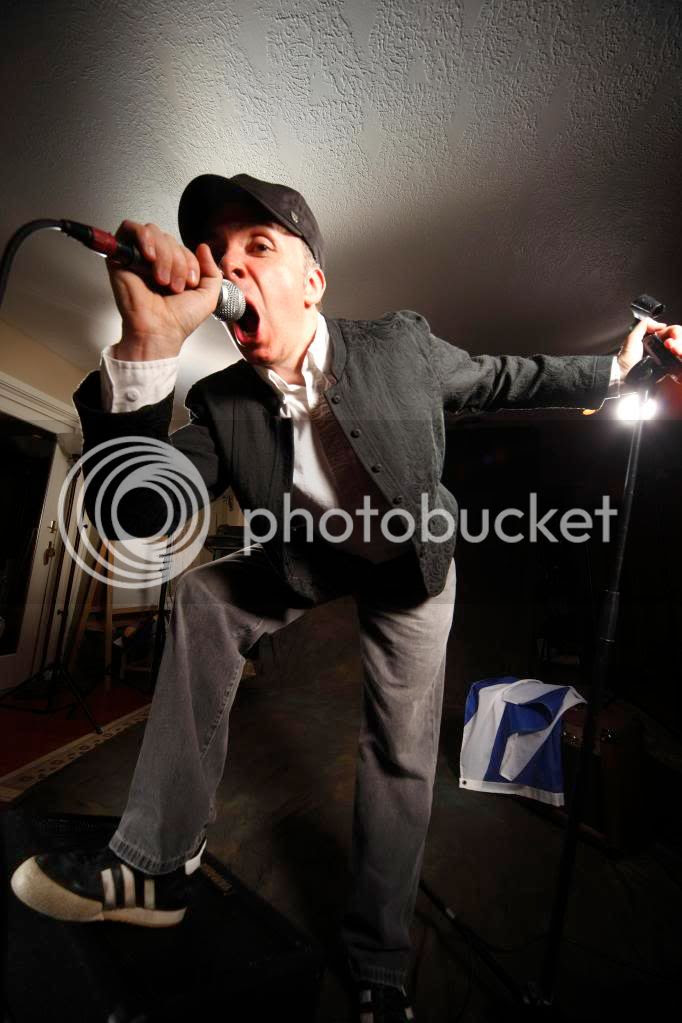 These days Celtic music is getting as rare as a four leaf clover, with few artists still mining the legendary and traditional nature of the music. Sure, The Dropkick Murphy’s, and The Pogues, had strong elements of the Celtic tradition, but Hugh Morrison is going for a more rustic experience. Accordion riffs, double time acoustic guitars and bass, and the charging drums ready for a smoky pub sing-along to spring up at any moment. Hopefully, the Irish eyes will smile on Mr. Morrison, and this style of music will continue for a long time to come.

Where the band's name came from?
Morrison is firstly my family (clan) name, secondly I tried to keep it simple & easy to remember & I think I've done so? Not like "New Fast Automatic Daffodils" or "Carter The Unstoppable Sex machine".


How the band began??
I used to play in a band called Murder the Stout (MTS) & was going to use that name due to it's popularity, a lot of our songs are versions of MTS songs as I did most of the arranging with MTS. With Morrison though I think the opportunity is there to get away from being branded just another Irish beer drinking band, our arrangements feature more driving bass runs & electric guitar work with more Rock/Punk influences, still with a tinge of Celtic. Other MTS members play in Morrison but 2 or 3 have dropped out completely.


What's the message to transmit with your music??
Feel good music is what we try to play, music that will leave you feeling happy & also wanting to move.
Scottish Celtic Punk Rock will do just that!


What's your method at the time of writing a song??
Melodies always come first, then riffs to break up the melodies, lyrics are last, I find them easier to write once the tune is there.


Which is your music influences??
The Pogues, Street Dogs, Clash, The Waterboys, Roaring Jack


What plans do you have for the future??
Keep playing & writing music as much as possible.


Which has been the funniest prank you have been or took part while on tour or after a show??
Personally I drunk lots & lots of German beer before appearing live on German TV, had a fiddle player remind me of the melody at the side of the stage but kept forgetting. Not so much a prank as scary, I walked on, spotlight hit me, froze, composed myself for a few seconds & tore into the song. (I was sixteen!!)


If you guys were stranded in the middle of nowhere after a show or while on tour. The help is 65 miles away from where you guys are, ¿Who would you guys send to look for help? And if while the rest wait, there's no food and the only way to feed yourself is by eating each other, ¿Who would you eat first?
We'd send Kendall, he could adopt whatever accent needed to get a response, plus he's a bit younger than the rest so he wouldn't have a choice!

Johnny, he's vegetarian so he wouldn't touch any of us, we'd need to start with him I think!


Which country you guys would love to play?
Australia, Brazil, Scotland, Ireland (not in any order)


With which bands you guys would love to share stage??
The Pogues for sure.

Are you OK, with the direction the band is going actually?
Very much so, there are always fine tweaks taking place, but the core is grand!

Check out more from Morrison by going to: http://www.myspace.com/hughmorrison
Publicado por Vents en 9:48