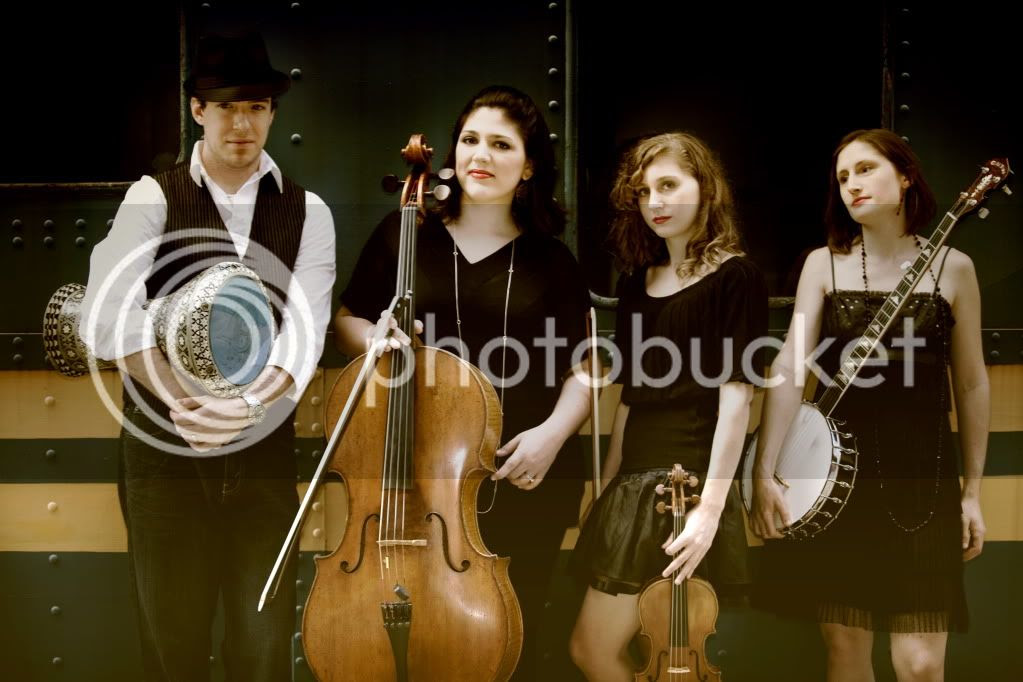 This Nashville quartet play a mix of bluegrass, folk, and Americana, that is adorned with siren song vocals and harmonies, melodic instrumentation, and a seeming desperation slipping through the weeping strings, and forlorn delivery. So if you’re a fan of Allison Krauss, or something simple as a story, told sweetly and honestly through song, then look no further than the ladies, and gentleman of Harpeth Rising.

What's the band's name meaning?
The Harpeth is a beautiful river that runs through Nashville. We'd like to make it clear that we named ourselves long before the flood!


How did you guys started with the band?
Jordana and Rebecca originally started the band, playing together in bars on Maui. Ruth and Chris joined when everyone moved to Tennessee (Ruth and Chris for an orchestra job and Jordana and Rebecca to be around the great music of Nashville.) We began playing together and within a month were out on the road touring.


What's the message to transmit with your music??
Each song of course has it's own message - over all this album is an introduction to us, our sound, and our ideas.


What's your method at the time of writing a song??
We all write together, which can be overwhelming sometimes. Usually one person comes to the table with an idea, lyrically or musically, and then everyone just starts working with it until it becomes something. Sometimes that takes a while!


Which is your music influences??
Lyrically we're very influenced by the singer/songwriters of the 60s and 70s - Leonard Cohen, Joan Baez, Dylan. Also Stan Rogers, an incredible Canadian musician. Jordana's dad is also a huge influence. He's an amazing songwriter with an album available on iTunes under Wildman Green. Musically, we've been told our classical roots come through pretty strongly. We tend to shape our instrumentals similarly to the forms found in classical and romantic music.


What plans do you have for the future??
We'd like to tour as much as possible! We'll also be recording a new album as soon as we have the material ready!


If you guys were stranded in the middle of nowhere after a show or while on tour. The help is 65 miles away from where you guys are, ¿Who would you guys send to look for help? And if while the rest wait, there's no food and the only way to feed yourself is by eating each other, ¿Who would you eat first?
We'd probably all go for help together, and as for eating each other - we're VEGETARIANS!!!!


Which country you guys would love to play?
New Zealand


With which bands you guys would love to share stage??
The Sam Bush Band, Darrell Scott, The New York Philharmonic


Are you OK, with the direction the band is going actually?
Thrilled with the steps we've taken this summer - our first overseas tour, as well as our first collaboration with orchestra - the Bath Philarmonia!