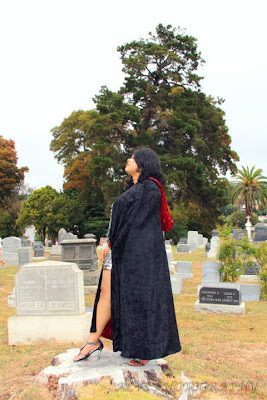 How did you guys get started with all this?
I was born in a musical family. so I've been singing and performing since I was a toddler.

What's the message to transmit with your music??
I have many messages in my music. Mostly love and dedication. Also that love knows no color or boundary.

What's your method at the time of writting a song??
It varies. If I'm writing a song on my own time I let it happen while I'm at the piano. If somone wants a song I go ahead and do it for them then and there.

Who are your music influences??
Aaliyah, Little Richard, Michael Jackson and Eminem

What plans do you guys have for the future??
My plan right now is to release a new single and to make a nice music video to go along with it.

What has been the greatest day in the band?
The greatest day was definetly recording my new music video dedicated... The first day I was in the grave yard I had so much fun. We even took a photo it was a wonderful day to me and I feel all the spirits enjoyed my music. And my friends on the other side enjoyed my love that was sent to them on that day.

What has been the funniest prank you guys have been or took part while on tour or after a show?? Well,  I did this one show, they didnt seem to like me and they pulled my plug. so i threw a temper tantrum and demanded my check.

If you guys were stranded in the middle of nowhere after a show or while on tour. The help is 65 miles away from where you guys are, ¿Who would you guys send to look for help? And if while the rest wait, there's no food and the only way to feed yourself is by eating each other, ¿Who would you eat first?
I would eat my promoter ugly nigga after he brought me some food from the store.

What are your hobbies?
Law, going to court.

What country you guys would love to play?
England and India I'm sorry, but I had to pick more than one.

With what bands you guys would love to share stage??
LITTLE RICHARD!

Are you guys OK, with the direction the band is moving so far?
ABSOLUTELY, some times you never know what life with throw but I always catch it!