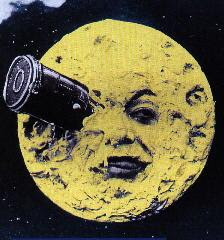 What's the meaning behind the band's name? (TuRtle-Guitars, Songs) A State of Mind

How did you guys started with all this?? (TuRtle) Planting a seed and watching it mutate.

What's the message to transmit with your music??(TuRtle) To Drift...

What's your method at the time of writing a song??(TuRtle) Recieving.

What plans do you guys have for the future?? (TuRtle) To be In It!

What has been the funniest prank you guys have been or took part while on tour or after a show?? (Mark-Guitar) After a little modifying wiring a maroon (big bang phyrotecnic device) across the startermotor of the bass players car.

If you guys were stranded in the middle of nowhere after a show or while on tour. The help is 65 miles away from where you guys are, ¿Who would you guys send to look for help? (The Puffing Trailsman-Bass) I would send Mark (Guitar), that barefoot Aussie, who would trek the entire trip reguardless of weather then not only find help but stop at two pubs to drink before contacting the authorities.

And if while the rest wait, there's no food and the only way to feed yourself is by eating each other, ¿Who would you eat first? (Miss Anne -Backing Vocals) I would eat my own arm because these guys are too old.
.
What country you guys would love to play? (Miss Anne) France, (Mark) Australia or the Dominican Republic.

With what bands you guys would love to share stage?? (The Puffing Trailsman) Willie Nelson-just real people making music that matters to them

Are you guys OK, with the direction the band is going so far? (Mark) most definately! (Mookie)  No one in the band knows anything about direction.