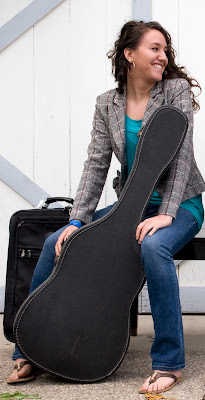 How the did started with all this??
I've been playing piano for about 15 years; starting with classical and moving to jazz during high school and the beginning of college. Funny enough, I never thought I was a singer, until I wrote my first song at the end of high school at a senior showcase night. Since then, I've developed this incredible passion for songwriting, singing, performing, and all that fun stuff.

What's the message you want to transmit with your music??
I want to touch people's souls; I want my songs to relate to them with whatever they're going through at the time, and be something that they can repeatedly go back to and find joy and happiness through. I want to affect people positively, even if that just means that I'm making their day a little better. I know, some of that might sound a bit cheesy, but I'm a big cheeseball.

What's your method at the time of writting a song??
I either write lyrics down first, and then add music, or come up with a chord progression and then add lyrics. Sometimes its easier one way, sometimes the other; depends on the song. But the best kind are when the lyrics and chords just come all together; I throw everything out all at once and its a beautiful mass of inspiration when that happens. I love it.

Who are your music influences??
Hm...well definitely a lot of jazz and blues; I was so serious about becoming a jazz pianist when I was in high school and in the beginning of college, that All I would listen to was Jazz. So listening and playing it constantly actually made me develop a bluesy feel that I later used for many of my early songs, and still do now. I also come up with weird chord progressions as a result of playing jazz, and its helped me expand my horizons in terms of where I can actually lead my listeners.
So, after all that rambling, I would say that my other influences are:

Norah Jones (I listened to her first when I started songwriting)
Ingrid Michaelson
Sara Bareilles-Just recently went to her concert and she blew me away
John Mayer-I love his songwriting, and respect him so much as a musician
Regina Spektor
Jason Mraz
Coldplay

And gosh, I can't remember everyone else.

What plans do you have for the future??
I am currently in graduate school studying music education so I can be creative and support myself:) At this moment, I'm also in the preliminary stages of getting my next album together. I am so excited about this one; I'll be going into the studio! I'm hoping to focus my energy on marketing the EP to various companies; maybe get something placed:). I'm also going to be working on another tour, possibly next year sometime and possibly somewhere else in the country (other than LA and the coast of CA).

Other than that, we'll see. I don't like planning too far ahead because as we all know, plans tend to change.

Which has been the funniest prank you have been or took part while on tour or after a show??
Hm...prank? I don't know. But we've had some funny things happen. There was one time where we locked our keys in the car an hour before our show. That was fun. We made it in the end.

Then, we had a show in Fairfax up in Northern California, where some random interesting hippie sort of guy started doing some interpretive dancing to my music. He later gave me his special bracelet that he claimed would bring me love and a husband. Awesome:)

If you were stranded in the middle of nowhere after a show or while on tour. The help is 65 miles away from where you and your band (If any) are, ¿Who would you send to look for help? And if while the rest wait, there's no food and the only way to feed yourself is by eating each other, ¿Who would you eat first?
Haha. Well, I didn't travel with my band the last two tours, so it would have been just me and my other singer/songwriter friend Amanda. Considering I wouldn't eat myself, there's not many other choices. I think we'd go look for help together, and find it bc we're just that cool. So in the end, I wouldn't eat her. If she tried to eat me, she probably wouldn't be able to because she's allergic to everything; I am probably composed of something that she can't eat :)

Which country you would love to play?
I think playing in the UK would be sick; or maybe some other place in Europe. I've already played in Israel, and would love to go back there and do more shows; maybe next time on a bigger tour.

With which bands you would love to share stage??
I would LOVE to share the stage with Sara Bareilles, Ingrid Michaelson, John Mayer, and basically everyone I listed above. Sara b and John Mayer have this incredible energy to them that is hard to describe. I would love to be part of that.
I'd also LOVE to share the stage with Kina Grannis, who is a USC alumna and inspiring to me with what she's doing with her music:)

Are you OK, with the direction the band is going actually?
I'm am totally happy with where my music is going, and having a consistent drummer and bass player makes it so much easier to rehearse and throw around ideas because I know they'll stick and be something we can use for many future shows.