Giving the table a name 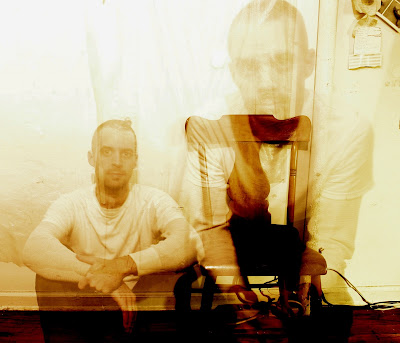 What's the meaning behind the band's name?
The name, much like the lyrics, ellicits different things for me. I sort of like the idea of giving human characteristics to an inanimate object. I also think it could be seen as starting with an everyday item that would just be ordinary in any other context, until you make it your own. That's a very important theme for me, and not just within the confines of an object.

How did you get started with all this??
Technically, the band started as the end of another band. Once that band dissolved, giving the table a name came about. I thought it would be a good idea to separate the egos from the songwriting, and try to learn a lesson in knowing when not to shove too much into one space and from one instrument. but it's possible I haven't learned that yet.

What's the message to transmit with your music??
Mmm, I know this sounds like a cop-out, but you have to make of it what you will. Refer back to question #1.

Who are your music influences??
I don't really like to dwell too much on particular influences, because it comes from everywhere. When I was walking home tonight just after dusk when the sky is that brilliant midnight blue and it hasn't reached its peak of darkness yet, I was just staring at it, thinking about what I'd play to go with it.
Plus, if I start speculating on influences, i'm going to forget some key players, and I'm going to completely not acknowledge things that are influencing me subconsciously. I think we conjure things from places we're not even aware of, half the time.

What plans do you guys have for the future??
I'm definitely going to try and get older as the years go on. I think that's a goal I can stick to.

What has been the funniest prank you guys have been or took part while on tour or after a show?? Mmm, I don't know about pranks, but one time when I was playing with some other fellas, our drummer urinated on another band's vehicle after the show. but that's not really funny, is it?

If you guys were stranded in the middle of nowhere after a show or while on tour. The help is 65 miles away from where you guys are, ¿Who would you guys send to look for help? And if while the rest wait, there's no food and the only way to feed yourself is by eating each other, ¿Who would you eat first?
I've pondered this scenario many times, and I think I'd have to send one of my arms for help. And while I'm waiting for it to get back, I'd probably eat my left buttcheek. I 've noticed a little asymmetry there lately, and it's probably the meatier of the two.

What country you guys would love to play?
I don't think I have a specific preference. A country where they have good health insurance.

With what bands you guys would love to share stage??
Maybe Elliott smith or Morphine or Jeff Buckley. But I think they all have other things going on at the time being.

Are you guys OK, with the direction the band is going actually?
Considering that nobody has forced me to change the moniker to "The Staples Center" or "Pepsi Arena", I'd say I'm ecstatic about the direction of things.