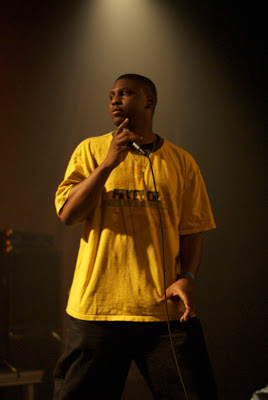 What's the meaning behind your name? It’s actually short for my government name, Isaiah. People close to me usually drop the ‘I’ anyway and I like to think the fans are my extended family so it makes my relationship with them less formal and more casual. That’s the way I like to keep it... Laid back. How did you get started with all this?I’ve always been into music in one way or another. Way back in the day I used to sneak downstairs at my mom’s church to play the piano, sometimes during the service, just playing by ear without really knowing what I was doing. As I got older I got into poetry and later I started rapping around middle school/high school. I always was a fan of hip hop but I just started recording with some friends and liked creating so much. It just became part of me. What's the message to transmit with your music?It depends on the song really but the overall message revolves around positivity and social issues. There’s more than dancing and clubbing in this world, but on the other hand, there’s also more than just activism and positivity too so I try to reflect the same balance in my music. Overall I just want to touch the listener and have them identify with my music because I might have gone through the same thing that they’re dealing with. As long as people can relate and my music actually betters somebody’s life, I’m happy. What's your method at the time of writing a song?There’s really no method to the madness. Sometimes it comes to me in the bathroom, watching tv, having a conversation, etc. Ironically, a lot of times while I’m driving I get inspiration since I don’t listen to the radio a lot. I end up listening to instrumentals or genres of music outside of just hip hop and that gives me inspiration. Don’t worry I don’t write down the lyrics I come up with while I’m driving in the car but most of the time I write it down or record myself rapping on the phone. If I get in the studio to write I rarely sit down. I like to pace and move around while I think. As I come up with the concept of the song I write it down since I don’t have the best memory and I hate forgetting something I know is hot. As far as the order of the song structure, that changes with every song, sometimes I get the hook first, sometimes I get the verse, or the bridge first. There’s just really no manual for it. Every time is different, which makes it a new experience for each song. Who are your music influences?I have too many to name them all. I’ll start with the hip hop ones though. You’ve got Mos Def, Common, Tupac, Eminem, Lauryn Hill, and a lot more but  listen to a lot more than just hip hop since I’m generally an eclectic music fan. I’m really big on Stevie Wonder, Aerosmith, The Red Hot Chilli Peppers, Anthony Hamilton, Jasmine Sullivan, and a lot of the old school R&B. Aretha Franklin is one of my favorites and I like Marvin Gaye and some other Motown artists. Oh yeah, and don’t forget Michael. I could go on for days. What plans do you have for the future?In the future, I just plan to continue doing music and expanding my fanbase to a national, and later international level. I think what I’m doing is already in line with my goals but I just want to do it on a larger scale, like most people. I have an album I’m working on now, some publishing and song placement deals in the works, and some other projects in the plans. I’m just taking it as it comes. What has been the greatest day as a musician?My greatest day probably was at the album release party for my debut album. It was at a club in Florida and the place was packed. I went down from VIP and had the DJ play my song and it was just the excitement and the vibe there. I’ve had a lot of other experiences that most people would think should rank higher, but for me that was it. It was the realization of a goal and the start of my dream becoming reality.