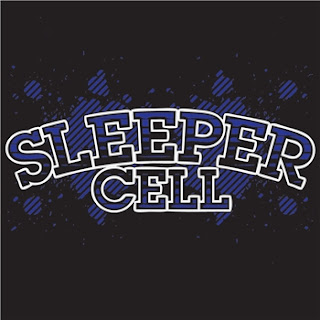 What's the meaning behind the band's name?
By definition, a sleeper cell is a small group of people that belongs to a large organization, usually in reference to a terrorist group.  The cell “sleeps” (lies dormant) inside a population until it decides to act.  The group loosely bases their name on this description; relating the hip hop community as the large organization and replacing acts of terror with great music.  Furthermore, the sleep reference also relates to the common mentality in the local area that “Naptown” emcees are being slept on as a whole.
How the band get started??
We've all been friends for a long time and all worked on music independently. It was only natural that we would come together eventually. From that point, things more or less evolved organically into what we we are now.

What's the message you guys want to transmit with your music??
We each have a unique perspective that is constantly changing. Because of this, there is no single message we want to purvey. Lately, our message has had an increasingly positive focus.

What's your method at the time of writing a song??
The methods are as different as the songs. One of us may show up with a hook or a verse they wrote independently, while another song will grow out of a session in the studio together.

Who are your music influences??
"I keep my my mind open as much as possible when it comes to music. Old school hip-hop, funk, soul, jazz, blues, punk...it's all golden to me. Basically anything the artist puts their soul into." - Soul Sauce

"A lot of underground hip hop and reaching back to find artists from the past that I might of missed." -Keen

What plans do you guys have for the future??
We don't want to make plans.  We stay in a live in the now mindset.

Which has been the funniest prank you guys have been or took part while on tour or after a show??
Everyone just gotta watch out on their social network pages.

If you guys were stranded in the middle of nowhere after a show or while on tour. The help is 65 miles away from where you guys are, ¿Who would you guys send to look for help? And if while the rest wait, there's no food and the only way to feed yourself is by eating each other, ¿Who would you eat first?
Is this a trick question?  We would all walk the 65 miles to help. Although if in on the way we needed a snack Keen would be the obvious choice.  Shay is on way too much medication. Soul Sauce is all skin and bones and wouldn't provide enough nutrition.

Which country you guys would love to play?
Anywhere in the continent of Asia.  We need those Asian chicks.  Everyone loves an Asian chick right?

Are you guys OK, with the direction the band is going actually?
"yeah, we've been incorporating more live instruments lately and its taking us in a fresh direction" -Keen

"As long as things keep evolving and changing, I'm cool with wherever we wind up." - Soul Sauce

After that eating question we all got a little upset with some of the answers, especially Keen, he didn't feel as if he was being treated fairly by being eaten by us. Shay got upset and quit taking his medication, we don't know where he's now. Soul Sauce has begun drinking 20 protein shakes a day and is now way too beefcake to get up on stage. Thanks a lot Vent for successfully splitting our group up.
Check and download for free Sleeper Cell's release at: www.FourSeeEnt.com
Publicado por Vents en 11:35