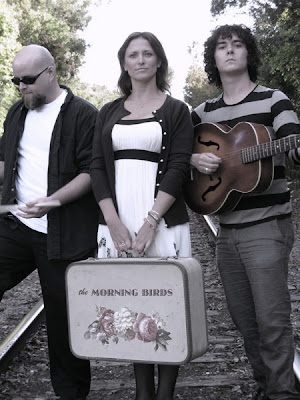 How did you guys get started with all this?
We actually got into a car accident on the way to the mountains to find a new home. Had to relocate for a month or two and while there found the drummer we recorded our first album with. Recorded Inspiration Point in one day after forming the band!

What's the message to transmit with your music??
Love each other, be open to growth and change, have fun, and stop focusing on what makes you unhappy! We convey the depths of our spiritual understandings and desires through our music - every person has the answers within and we try to open people up to the ideas and emotions that are inside waiting to be found.

What's your method at the time of writing a song??
Depends. Most of the time we either come up with a guitar, piano, or bass melody or vocal melody and go from there... sometimes its the lyrics that come first. Sometimes we build up a song from a beat we created, samples we have, and at others there is a specific emotion or message we want to convey and the song springs from the content. It all is reliant on the divine inspiration at that given moment.

Who are your music influences??
Mozart, Beethoven, old school hip hop, the great 60's bands, motown, sounds in nature, sounds we hear when out in the world... we are also heavily influenced by film soundtracks, as we are both filmmakers.

What plans do you guys have for the future??
We plan for our upcoming release, The QUICKENING - this next April to be a world wide sensation. We are also finishing up a feature film, some music videos, and a short - all of which have been written, filmed, edited, and scored by us.

What has been the funniest prank you guys have been or took part while on tour or after a show??
I don't know about funny prank, but we did play a show in NYC one night and all of our old friends came which led to a night of crazy experiences - a broken ankle and a mysterious mythological motorcycles incident. LOL

If you guys were stranded in the middle of nowhere after a show or while on tour. The help is 65 miles away from where you guys are, ¿Who would you guys send to look for help? And if while the rest wait, there's no food and the only way to feed yourself is by eating each other, ¿Who would you eat first?
We would all go together... and whoever didn't make it, would be dinner!

What country you guys would love to play?
All of them!

With what bands you guys would love to share stage??
Arcade Fire, Broken Bells....

Are you guys OK, with the direction the band is moving so far?
Absolutely - we have worked very hard to get where we are and feel that everything is right on track and all our dreams are coming to fruition!