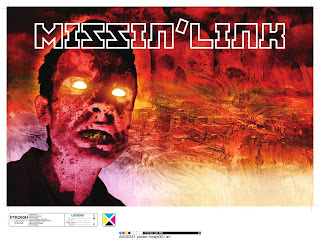 1.) What’s the meaning behind the band’s name?
Ans. What had come before and what’s coming next.
2.) How the band started??
Ans. Old friends coming together to do something serious musically.
3.) What’s the message to transmit with your music??
Ans. 21st Century.
4.) What’s your method at the time of writing a song??
Ans. Keeping an open mind and letting it flow naturally.
5.) Who are your music influences??
Ans. Led Zepplein, Black Sabbath, Iron Maiden, Scorpions, Alice In Chains, Judas Priest, etc.
6.) What plans do you guys have for the future??
Ans. Keep Rocking On!
7.) What has been the funniest prank you guys have been or took part while on tour or after a show??
Ans. Ha! Were looking forwards to that!
8.) If you guys were stranded in the middle of nowhere after a show or while on tour. The help is 65 miles away from where you guys are. Who would you guys send to look for help? And if while the rest wait, there’s no food and the only way to feed yourself is by eating each other. Who would you eat first?
Ans. We're all independent minded people, so we can’t just send someone, they have to volunteer. Hey? What are trying to say? We only eat women and never each other!!, or other men! NOW COME ON MAN! COME ON?!
9.) What country you guys would love to play?
Ans. Japan
10.) With what bands you guys would love to share the stage??
Ans. Good Hard Rock or Metal Bands
11.) Are you guys OK, with the direction the band is going actually?
Ans. Forwards is better than backwards, or not at all. Forward slight side to side movements help us to fine tune ourselves.