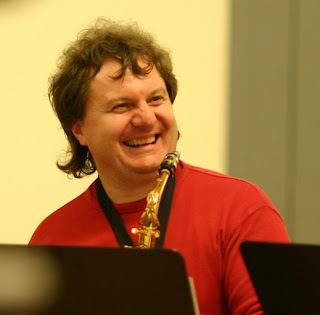 The orchestra was specially gathered in 2005 to record this particular CD - Cube.
What's the message to transmit with your music??
The message is a spiritual answer to the world's chaos of the moment.  It is focussed purely on Jesus Christ's message (not to be mistaken for the organized religion's version of Christianity). 'Cube' is a geometric form symbolizing equality and balance quite opposite to the present world governance system, which is more like a pyramid.  The 90° angle characteristic of a Cube represents fairness and rightness unlike a pyramid that leans towards hierarchy where a small group dominate a large one.  In a Cube reality the 'Self' or 'Ego' will  'die' to give room to another.
What's your method at the time of writing a song??
The music was first composed and orchestrated before the texts were written.  Fritz Renold let inspiration lead him in writing the music and he gave the titles to each tune before the texts were written.  Helen too was inspired in placing the lyrics accordingly.  It all seemed to fit perfectly in context of the song titles.  The music was mostly to feature the instruments of the orchestra.  The voice was treated more like an instrument that still conveyed the message in words rather than the usual treatment of featured vocals in orchestras.
Who are your music influences??
Fritz Renold is influenced by a myriad of composers and musicians.  Duke Ellington is definitely one.  European classical composers such as Shostakovich and gypsy music of east Europe were also some of his influence. Besides that, in Cube one can hear Fritz's latest influence from his study of the middle eastern modes that he found had many similarities to the Blues.  Thus, he incorporated them into the Blues that is found in many of the tunes.
What plans do you guys have for the future??
We do hope to have live performances of this huge musical work.  To hire the 'stars' in the band during this time of financial crisis is quite a challenge but we keep our fingers crossed.
What has been the funniest prank you guys have been or took part while on tour or after a show??
Not applicable yet for this band but I can imagine that each of the artists are quite capable of pranks in their own bands and formations...!
If you guys were stranded in the middle of nowhere after a show or while on tour. The help is 65 miles away from where you guys are, ¿Who would you guys send to look for help? And if while the rest wait, there's no food and the only way to feed yourself is by eating each other, ¿Who would you eat first?
We're all vegetarians!!!!!  We'll probably thrive on surrounding vegetations growing on the roadside.

What country you guys would love to play?
Our dream is to do a world tour - the USA, UK & Europe, Asia, Australia & Africa!!

With what bands you guys would love to share stage??
We're open on this one.
Are you guys OK, with the direction the band is going actually?
We'd like to see the band taking a direction as far as performance goes.  At the moment each member is busy with his own formation.
We'd love to do another album soon.  Ideas are in the air.