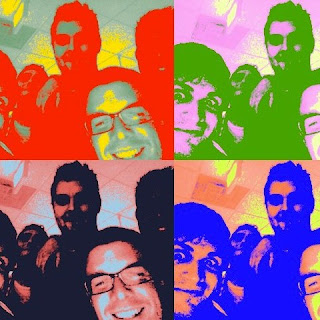 What's the meaning behind the band's name? Our lead singer, Trent, is a huge Chicago Cubs fan and Addison Station is the metro station that takes you right to Wrigley Field.

How the band started?? The band started with Trent Gerbers, Jeff Kenniston and a good friend named Dan Roland just getting together and writing acoustic tunes for the fun of it. Jeff and Trent were actually part of another group called Faire Harbour, so for them Addison Station was just a side project. Eventually, Faire Harbour broke up and Dan went away to college, leaving Trent and Jeff to continue Addison Station without him. The three guys remain close, however.

What's the message to transmit with your music?? I don’t think we can boil our songs down to one clear message. These songs come from places deep within ourselves and we’d be lying if we said everything was written from a happy place. What we can say is that our music is representative of our experiences and most importantly, from our relationships with the people around us. At times we live in the world with everyone else but being an artist also means taking a step back and seeing the world for what it is so you can write about it. This detachment allows us to gain tremendous perspective on ideals like love, happiness, sadness, etc. The downside to gaining this perspective is when you’re on stage singing about love and watching everyone around you embrace the moment but you are simply creating a mood and not actually taking part in it.

What's your method at the time of writing a song?? More often than not, either Jeff or Trent will come up with a core idea for a song. This core idea could be a melody, a lyrical concept or both. From there, song writing becomes a collaboration of ideas from all the guys in the band. We all have something to contribute to a song and we add our layers to the core.

What plans do you guys have for the future?? The future is something worth thinking about but hardly ever worth writing about because life takes so many unexpected turns. Right now we plan on touring in the spring and we are writing a new album but if we got a phone call from some hotel in Asia that wanted us to play in their lobby for 3 months then I guess we’d be heading to Asia. The great thing about pursuing your dream is that there is no script involved. If we all wanted to settle down, raise a family and have a few kids then we can look all around us at examples of other men doing that. But we’re musicians that live day by day so if we want to pick up and play a show on the other side of the world, we can and we will.

Which has been the funniest prank you guys have been or took part while on tour or after a show?? Pranks are something we try to stay away from in this band because we have a lot of really competitive people in the group. We have all been tempted at one time or another to play a joke on each other but then we start to think it through and the result is never pleasant. I think the progression would go something like this: Jeff would throw a water balloon at Trent’s body but accidentally hit him in the head. Trent would then get a hose and spray Jeff down from head to toe, not realizing that Jeff was probably late for work. Jeff would then sneak into Trent’s house while he’s sleeping and pour freezing cold water all over him at 3 in the morning. This progression would just keep going until someone got really pissed off and it wouldn’t be funny anymore. Needless to say we are a very competitive group. Overall, I’d say Jeff is the funniest guy in the group. You never know what he’s going to do or what he’s going to say. He’s always up for anything so his adventures tend to be wild, spontaneous, and most likely to require a bail bondsman while in Vegas.

If you guys were stranded in the middle of nowhere after a show or while on tour. The help is 65 miles away from where you guys are, ¿Who would you guys send to look for help? And if while the rest wait, there's no food and the only way to feed yourself is by eating each other, ¿Who would you eat first? Through process of elimination, I think Tyler would have to be eaten first. Trent and Jeff can’t be eaten because they write the songs. Eric, our manager, can’t be eaten because he is the only chef in the group who could do something pleasant with dead human meat. Kyle couldn’t be eaten because he’s Trent’s roommate and Trent needs him to pay the rent. That leaves Tyler and R.C, which makes the question really more about seniority and R.C has been in the band longer.

Which country you guys would love to play? Anywhere in Europe would be awesome but if I had to pick one country I’d probably pick Italy.

With which bands you guys would love to share stage?? I’d love to do a show with Third Eye Blind. They have a very loyal fan base and put on an energetic show. I always see them with openers that I thought were kind of boring and I always felt like we would do a better job of pumping up the crowd.

Are you guys OK, with the direction the band is going actually? Sometimes I forget how young this band is because of the goals we’ve achieved so quickly. I am happy with the direction of the band but I’m not content. Once you take the time to stop and smell the roses, some other band has just passed you by because they were working hard and you weren’t. Our latest CD, “Home Tonight”, is being released on Oct. 15th by JMD Records/Universal Music Group. We have a lot of irons in the fire right now that could make for a fantastic 2011. Right now we are just focusing on finishing the year strong and gearing up for anything that might be on the horizon.