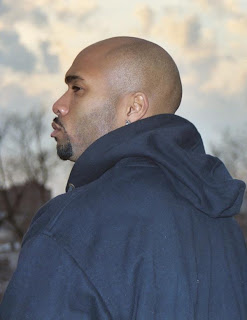 What's the meaning behind your name? Well MaG is short hand for Macgyver. I had been looking for a name for the longest when I first started and I thought Macgyver was perfect cause he could make something out of nothing, and I felt like that was what my music represented.
How did you start with all this?? I've always had a love for music, especially hip-hop. My father used to be a radio deejay and my older brother played hip-hop music in the house all day. My mom loved music as well and was always playing different types of music and it opened my ears to a lot of different sounds. My uncles on my mother's side were all in bands. Music was something I felt like I was born to do. I started to really pursue emceeing and rhyming as an actual avenue right around the time I left college. I figured I might as well pursue what I love and what I know I'm actually good at.
What's the message you transmit with your music?? I just try to give people honesty and love. I feel like music should inspire and uplift. Whether you're inspiring people to dance or keep living or be a better husband or just change how they see things, I think that's what music is for and that's what I try to convey. I have a voice and I should be using it for something bigger than me.

What's your method at the time of writing a song?? I like to let the beat speak to me you know? I hear a beat and if it doesn't speak to me as far as a hook and a couple lines into a verse are concerned after the first 15 seconds, I leave it alone. I used to force songs out a lot for quantity purposes, then wind up not recording those songs because they felt old after a couple of listens. The good ones are the ones that stick with me. Sometimes I'll have all three verses and no hook. With those I just wait it out and normally something will come along in my mind that gels everything together.

What plans do you have for the future??  To continue making honest music. Music that embodies who I am and what I believe in. I want longevity in the music business and respect for my art. So wherever that takes me, that's where I'm going.
Which has been the funniest prank you have been or took part of while on tour or after a show?? Ahhh man that's a good one...I wish I had a prank I could share but I got nothing.

You're  stranded in the middle of nowhere after a show or while on tour. The help is 65 miles away from where you are, who would you send to look for help? And if while the rest wait, there's no food and the only way to feed yourself is by eating each other, who would you eat first? You see, this is sort of a predicament because I'm a one man band. So it looks like I'd either be yelling and running for help, eating my arm, or dying there. I don't like any of those scenarios at all.
Which country you would love to play? Oh that's easy. Either Italy or Africa. Just the cultures, the people, the history...it would be heavenly.

With which bands you would love to share stage?? I just need to do one show with Jay-Z on stage with me and I think I'd be set. Maybe throw Nas up there with Andre 3000 and have Quincy Jones backstage. Yeah, that sounds about right.

Are you okay with the direction you're going? Definitely. I feel like I'm in a good space right now for creating new and fresh ideas. Musically I feel like I'm still growing and still learning. I'm just keeping an open mind to what's out there and just trying to advance music as a culture.