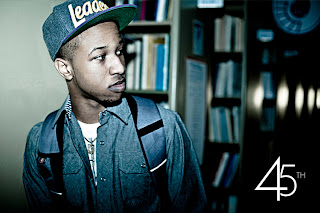 How did you get started with all this??
1. I started making music at the age of 15, my freshman year of high school based on a request and somewhat of a bet with some friends. What started as a summer hobby quickly transformed into basically my passion and "G-Scott" the rapper and producer as I was dubbed by a former friends brother was born using my first initial and Middle name. I learned my way around production software such as Fruity Loops, Reason 3 and 4 and Adobe Audition thanks to youtube and alot of practice and just working with different people ahead of me.

What's the message you want to transmit with your music??
2. My Music is me. It's a mixture of conscious content, real life satire and production brought together by my real emotions. I can't write about anything that doesn't represent me and my music exemplifies that. I strive to be more than an a rapper. I'm an artist painting a portrait of the world as I see it and trying to connect with people on a relate able level.  The message is be yourself and live life to the fullest.  Anything is possible with faith and hard work...and most of all dream big.
What's your method at the time of writing a song??
3. Writing a song can take anywhere from 15 minutes to days. It just depends on how I'm vibing on with the music and what state of mind I'm in.  Once I get an idea or hear what the beat is saying to me, I go in and write what comes to my mind and use that to develop an idea.

What are your music influences??
4.  I'm influenced alot of different ways.  I've grown up in a newer era of hip-hop so artists like Kanye West, Lupe Fiasco,Lil Wayne, Jay-Z, Eminem KiD CuDi, Wale, Big Sean, Wiz Khalifa and a lot of new school talent play a part in my learning of what to do in the industry and how to standout.  That's not say I'm not influenced by older hip hop such as Tupac, Biggie, Tribe Called Quest.  I'm also influenced and inspired by alot of other music and artists such as MGMT, Ratatat and Daft Punk.  Just whatever catches my ear.

What plans do you have for the future??
5. I have a lot of different plans for the next few months a lot of shows and alot of new music.  I've got 2 projects coming out this fall and winter. EP entitled "EverythingOrNothing" and my 2nd Mixtape called "The Blackout". Outside of that can't really say a lot yet but just planning on being in as many states as I can for as many big festivals as I can next year.

What has been the funniest prank you have been or took part while on tour or after a show??
6. The was a time where after a show some friends and I took hands full of flour while another friend slept and "antiqued" him. Basically just took all the flour and threw it all over him.

If you were stranded in the middle of nowhere after a show or while on tour. The help is 65 miles away from where you and your band (If any) are, ¿Who would you send to look for help? And if while the rest wait, there's no food and the only way to feed yourself is by eating each other, ¿Who would you eat first?
7.  Not really in band but I have a team of friends around me who often hang with me at shows and work on music with me.  I'd probably just go cause I doubt any of them would take the walk or they would probably get side tracked.  I might send my guy Larry to go get food, he might go if hungry enough and probably wouldn't eat any of them lol.

In which country would you love to play?
8. Always had a dream to perform in front of a huge crowd in Japan. I just always loved Japanese culture with art and fashion.

With which bands you would love to share stage?
9. Unsigned wise, I would love to share the stage with 2 bands I'm friends with named Scales and another named Presadona.  Majorly, I'd love to perform with any of the major artists who influenced this music I do.  Doing a show with Kanye, or Lupe has always been something I dreamed about doing though.
Are you OK, with the direction the band is going actually?
10. I'm very the proud of the direction me and my team are in. I just pray we continue to progress and expand the team to the next level where we can gain major success.
Check out more: www.facebook.com/gscottbbb
Publicado por Vents en 10:16