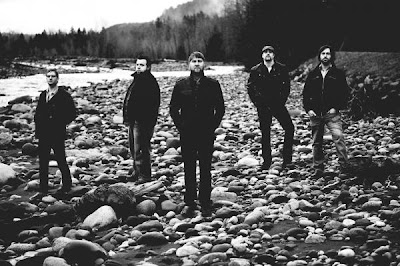 What's the meaning behind the band's name?
A “SweetKiss” is when a girl puts on flavored lip-gloss, or puts candy in her mouth, before she kisses you. “Momma” refers to just a girl, and not someone’s mother (though she could be …).

How the band started??
Jeff, Aaron, Waid and Tyson had all been playing together at their local church for quite a few years and decided that they wanted to write and perform some of their own songs. Randy, a childhood friend of Tysons, came onboard just as were starting to record “Revival Rock”.

What's the message to transmit with your music??
What is the message we hope to transmit with our music?
We really enjoy life, aren’t negative or sad people by nature, and think that comes through in our music. While there are certainly a couple of somber songs on “Revival Rock”, we don’t take ourselves too seriously. We really hope that our music is the soundtrack to folks just enjoying themselves, doing what they do for fun; family, friends, barbecue, a few beers… Our music been referred to as “Sunny-day” or “Good Times” music, which is just fine with us. We’ve also heard that “Revival Rock” is great road-trip music.

What's your method at the time of writing a song??
Usually, Aaron or Jeff will come with a riff or idea that they have been working on, and we’ll play through it, and allow the whole band to add their part. Sometimes one of the guys will come with a complete song and just teach it to everyone, and then we’ll all work on the arrangement.

Which is your music influences??
Growing up church musicians, we can’t deny the bit of gospel influence in our music (though it’s really more in the melodies and structure than the actual themes or tone of the songs). That, combined with us being fans of blues, funk, and classic rock-n-roll, brings definitely a Southern lean to what we are doing. Aaron is a big Stevie Ray Vaughan fan, and got his guitar chops playing Metallica and other metal, so you’ll hear that in the lead guitar. Jeff grew up with lots of classic country and 70’s Rock-n-Roll around the house, so you get a good mix of those in the melodies and themes of the songs. Tyson and Randy played together in punk and punk-pop bands, so the rhythm section gets its influence there. Waid listens to a lot of different styles of music, so he brings in whatever he’s currently listening to.

What plans do you guys have for the future??
Our album “Revival Rock” has done really well, though more so internationally than at home here in the US. We’d love to get out soon and visit some of the countries that have been such great supporters of our music, and personally give everyone a hug or a handshake. Complete world domination is also a goal of ours.
Which has been the funniest prank you guys have been or took part while on tour or after a show??
Waid sweats ALOT, especially while we’re rocking out on stage, and he seems to think it’s funny to hug everyone immediately following a show. It really is a special treat to have Waid, who looks like he just took a shower fully-clothed, come up and soak you with his man-love. Though, is that the “funniest”, or just the “most disgusting”?????

If you guys were stranded in the middle of nowhere after a show or while on tour. The help is 65 miles away from where you guys are, ¿Who would you guys send to look for help? And if while the rest wait, there's no food and the only way to feed yourself is by eating each other, ¿Who would you eat first?
No question that we would send Aaron for help. He’s crafty, and even if he didn’t find help, he would probably find a way to combine scraps he found along to roadside (like MacGyver) to build some sort of rescue apparatus. We would eat Tyson first, because he’s meaty.

Which country you guys would love to play?
We are big fans of Dominican cigars, and like sunshine, so we would LOVE to travel to the Dominican Republic!! However, Germany, Spain, Italy, and The Netherlands have all been really supportive of our album, so maybe those places as well.

With which bands you guys would love to share stage??
We’re all really big fans of The Black Keys. If we could put together a festival that included them, Kings of Leon, The Black Crowes, and us, and could some how get in a time machine and bring back Stevie Ray Vaughan, and the original members of Led Zeppelin, The Allman Brothers Band, and Lynyrd Skynyrd, I think we’d be extremely happy!

Are you guys OK, with the direction the band is going actually?
Yeah, I think so. We are incredibly grateful and humbled by the reaction that our debut album “Revival Rock” has gotten so far. Being completely independent and self-funded, we really didn’t have high expectations as to how many units we would sell, or even if people would like our music. While we are definitely pleased with the album, we certainly want to grow as musicians and songwriters, and hope people’s appetites are only whetted by our first offering. Our plan is to make many more albums and play many more shows, and if things progress the way they have been, it looks like that’s just what we’ll be doing.
Check out more: www.myspace.com/sweetkissmomma
Publicado por Vents en 8:44