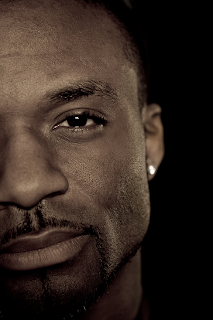 Stryfe is the underdog, the thorn in your side, the one you don't want to win, but can't stop. Stryfe is the character that never gives up, that keeps going regardless of the circumstance.

How the band started??
The first songs I wrote were parodies of popular "Bone Thugs n Harmony" songs, but I actually started writing serious raps in high school. Me and my friends would have freestyle cyphers in the cafeteria at lunch. A few years after graduating, my friends started an indie label "The Illiance", and had a studio setup, and I recorded my first full album with them.
What's the message to transmit with your music??
I want my music to show that the gritty wittiness still exists in Hip-Hop. It shows that music can still have that "shock value" and be fun at the same time. Additionally, my music shows that you can be yourself, be out of any box, and still blaze a trail in a heavily commercialized industry.
What's your method at the time of writting a song??
Typically, when I write, I first decide on the purpose for the song. What message am I trying to convey? Am I telling a story or just bragging or going extra hard every bar? Once I know the focus, I usually start at the first verse and write the song "verse-hook-verse"etc. At times, I may get ahead of myself and think of something that I want later in the song. When that happens, I just write it down until later...
There are times; however, when I'll have a hook in mind and I'll build a song around that, using whatever the topic matter of the chorus is to drive the rest of the writing process...
Which are your music influences??
So many influences, from my father who was part of an "A Capella" singing group to countless Hip-Hop, Soul, and Jazz artists. Most notably; however, I feel I have been shaped by artists such as Nas, Ras Kass, Busta Rhymes, OutKast, Evidence, T.I., Joe Budden, and Elzhi.
What plans do you guys have for the future??
The collaboration between myself and producer Marc Byrd is nearing completion. It is titled "The Last Resorts" and you can expect it later this year. Additionally, I will be performing around the midwest and along the west coast. I have been working with the group "Detroit CYDI" on a project that will be geared towards the European market, as well as preparing an EP with Swedish producer Erik L. Oh, and you can be sure there will always be a Long Walk video to keep you up to date with whats going on in and around the D...
Which has been the funniest prank you guys have been or took part while on tour or after a show??
So many hilarious things have happened at shows, especially due to the fact that at times, me and Detroit CYDI will do popular cover songs which are always fun. The funniest thing that was done though, once we recorded song that has yet to be released titled "Is It Me?" . A friend, Das, who is featured on the song left town for school and he wanted to hear a reference of the track. His verse was last. Illingsworth of Detroit CYDI made a ref to send him, but instead of Das' verse being at the end, he placed a portion of Jason Derulo's "Watcha Say" RIGHT as Das' verse was starting. So he had to listen through the whole song and as soon as his verse comes up it goes,  "Mmmmm Watcha Saaaaaay!". Das was LIVID! We laughed hysterically!

If you guys were stranded in the middle of nowhere after a show or while on tour. The help is 65 miles away from where you guys are, ¿Who would you guys send to look for help? And if while the rest wait, there's no food and the only way to feed yourself is by eating each other, ¿Who would you eat first?
If I was stranded in the middle of nowhere, I'd be on the cellphone either to call for help or to get on youtube and start watching Man vs. Wild videos. If I had no service, and help is 65 miles away, its time to start walkin!!! When the hunger strikes, I'd find rocks and small animals, and start stoking a fire to cook some wild game...I wouldn't eat the people I was with, and I'd run before they start thinking of me as a meal. Then after all is said and done and we're rescued, I'd go straight to the bar to celebrate survival....
Which country you guys would love to play?
Would love to play in Sweden, Australia, Germany, Japan, and S. Korea. Some fans of mine in S. Korea have made adamant requests that I perform over there, so I'm working on making that happen...

With which bands you guys would love to share stage??
It would be an honor to be able to perform with iconic artists such as Eminem, T.I., and The Roots. I would also like to rock with Pharoahe Monche, Sean P, Blu, Black Milk, and Guilty Simpson.
Are you guys OK, with the direction the band is going actually?
Very happy with the way things are going. Have an awesome album on the way, so many opportunities lie before me, and I'm in a position to take advantage of them. I'm surrounded by an awesome group of creative, intelligent, positive people as well, and they help keep me motivated and focused. The iron is hot, and we're pitching over the plate, so there aren't any limits!!
Check out more: www.myspace.com/stryfe
Publicado por Vents en 5:04